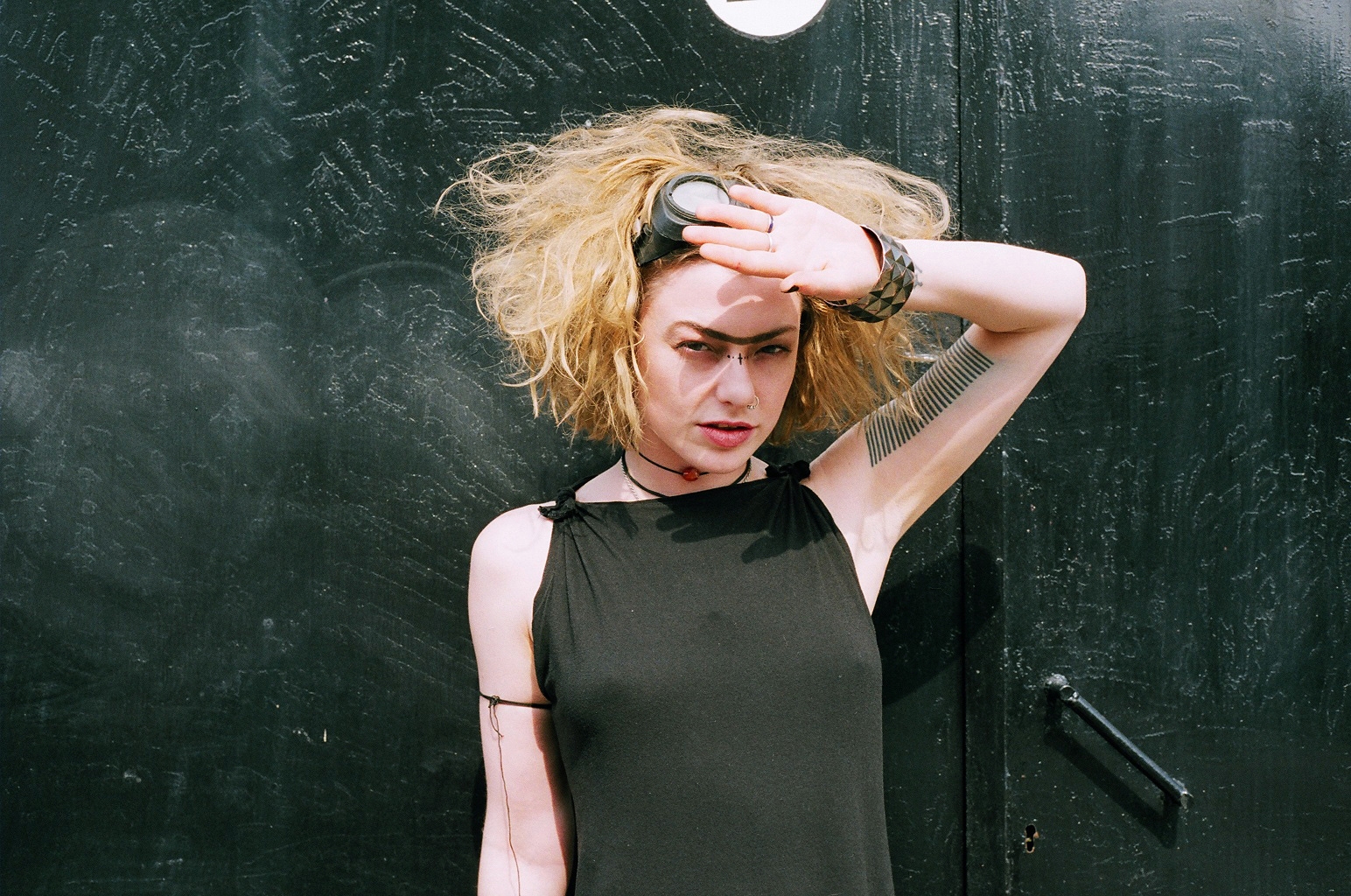 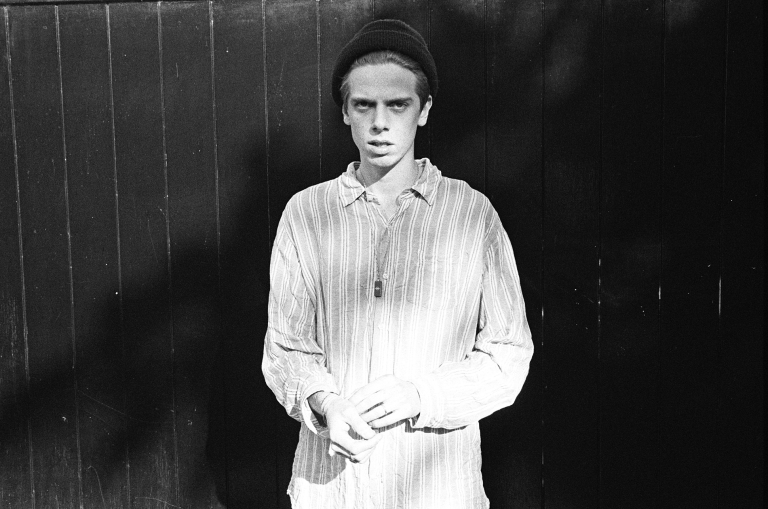 Berlin has been the new cool place for 20 years now, why still Berlin? What are the best things about it?
The first time I went over there in 2010 was with my band Dogfeet, we had no shows organised and didn’t know what to expect. A girl we didn’t know let the band and two others (seven people in total) crash on her floor for a week. Within a couple days we’d booked two shows and they paid us considerably more than we’ve ever been paid in London. Things just seem possible in Berlin. Everyone was interested in what we were doing, both as a band and as individuals. People were so willing to share themselves with us, their ideas, their support, their criticism, but I never once felt like they were trying to exploit or get anything out of us. It was really refreshing.

Why do you want to move?
I grew up in London and have lived here most of my life. I’m sick of it.

Is there anything you’ll miss about London?
I’ll miss my friends and family, but my wife and I moving over will give them reasons to come visit.

A lot of people are thinking of leaving the UK because of the current political and financial situation, what can we change about the situation we’re in?
I think it’s important to try and block at every opportunity attempts to criminalise and dehumanise the poor and the weak. I think it’s also really important to try and stop selling ourselves to companies, both on the large scale of trade deals like TTIP as well as on an individual basis of people spending their money on fashion and advertising as well as artists and musicians selling themselves to them.

What gives you hope right now?
The fact that so many other people are dissatisfied with the political climate, the reminders that I’m not mad. Also, getting older and learning. That gives me hope.

What’s the best thing about being young in 2015?
Feeling as though things may start to change and hopefully being a part of bringing that about. 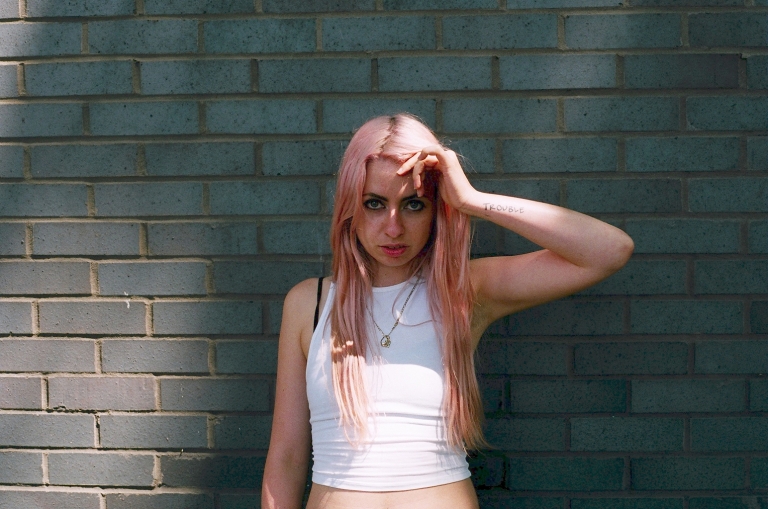 Berlin has been the new cool place for 20 years now, why still Berlin? What are the best things about it?
Berlin is like that friend you have that you can’t tell if you fancy them or just want to be them… You can drink and eat for so much less and party till so late and there’s so much more variety and far less red tape. After all the horrific oppression and separation that went on there it’s clearly taking full advantage of being free.

Why do you want to move?
I want to be free too.

What makes Berlin better than London?
Berlin cares more about its people, it puts them before economy and growth. It’s greener, at the end of each day all the food stores and cafes donate leftovers to a big refrigerated van that drives about collecting the food and taking it to a big kitchen which feeds anyone who wants/needs it.

Anything you’ll miss about London?
Of course, like I miss being a teenager… I’ve had some of the best years of my life here, but it’s changing and I don’t like the way it’s changing.

A lot of people are thinking of leaving the UK because of the current political climate, what can we change about the situation we’re in?
I think people should stop seeing their lives through ‘us and them’ glasses. It’s all so greedy and Britain is a greedy country. If we broke down all the walls and brackets and looked at the world as one, then I myself could sleep better.

What gives you hope?
Free thinkers, I don’t care what you’re saying just say it. Too many people keep quiet and carry on. They make it hard but the people who kick and scream give me hope.

What’s the best thing about being young in 2015?
My tits and ass still look pretty good? 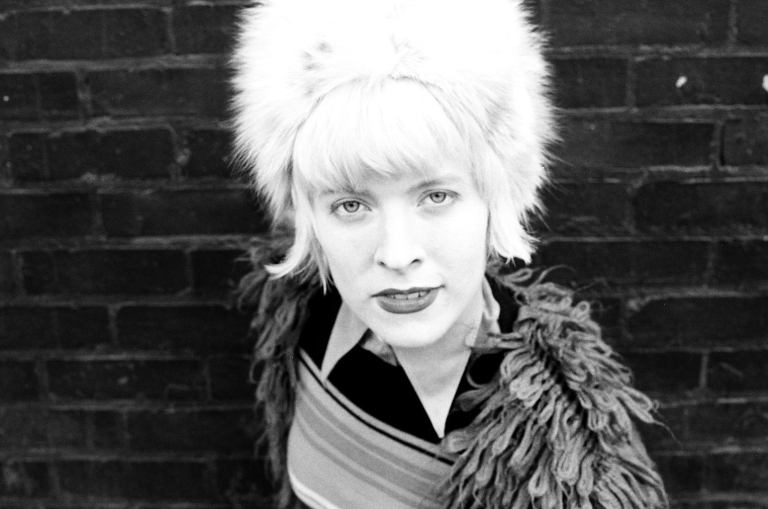 What do you like most about Berlin?
Berlin feels like a village where you can go partying for 3 days straight, and if you don’t consider yourself to be much of a party animal then it’s great too–there are also plenty of people who channel pent up energy in other ways.

Berlin is certainly not the anarchist-out-of-time dream it was in the early 90s but having moved from London I can still taste the flavour of that era. My experience of Berlin is that for the most part people let each other live how they like – there is are thriving polyamorous and queer scenes, alternative ways of living such as housing projects, and although squats are not as abundant as before, they have a much louder presence than in London. There is strong consciousness about green living, there are many places to get tasty, affordable food and you can pick up a sweet outfit from a Freebox.

Why did you move?
I had an intuition that I would learn a lot here – that the ideologies I’m excited by would have more room to blossom.

What makes Berlin better than London for you? Is there anything you miss about London?
Here my creative instincts will not be dramatically shaped by commerce. I can spend time and really delve into a project – a difficult endeavour in the fast pace of London. That said the fast pace of London adds a lot to the buzz and excitement of the place – I miss the madness, Soho, David Hoyle shows, the DLR, Ridley Rd, bumping into old time pop icons such as Adam Ant, the abundance of random opportunities you couldn’t even dream up – but actually I feel like I don’t have to miss any of these things – I can pop over and just enjoy the best of it without the insane rent.

A lot of people are thinking of leaving the UK because of the current political and financial situation, what can we change about the situation we’re in?
I think individuals can do their best to ‘be the change they want to see in the world’ despite the air of doom and gloom. Resistance and protest is one approach, failing that one can try and live off the grid – which people still manage to do in London despite the challenges, or bail to somewhere else in the Europe and keep your fingers crossed that Britian doesn’t axe itself from the EU.

What’s the best thing about being young in 2015?
I can call people on the other side of the world and see their faces, the internet helps to forge an extensive network of like minds, the (at times overwhelming) sense of endless possibility and uncharted territory to explore. 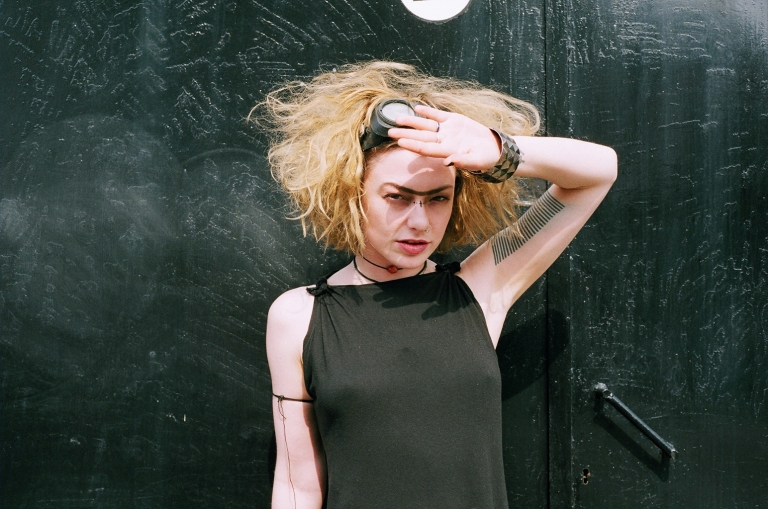 Why Berlin?
I think it’s the most free thinking place in Europe, at least that I’ve been to. When I quit my band the first thing I did was book a one-way ticket to Berlin. I stayed there for 5 months, all winter, and came back to London to campaign for the Green Party in the run up to the elections. But I’m planning to go back to Berlin this month.

Berlin helped me see how people really organise, they protest constantly, and they are a lot more conscious as consumers, the way they eat, the way they live. People seem to own their city more than Londoners. People don’t have much time to think in London, working three jobs to keep a roof over their heads. In London we’ve been apathetic for too long and now we’re paying the price.

What will you miss about London?
The music scene is more coherent in London, the variety is bigger.

Why is Berlin still so popular?
It has been known for a very long time, that’s true, the music scene was amazing in the 80s, incomparable to anywhere. Economics is still a big factor. And maybe Berlin is generally been cast in a gentler light. But it has changed a lot since the first time I went there in 2010, the English are watering it down considerably.

Can we change anything about the situation we are in?
My main principle is trying to convince people they can change things. It’s crazy to see over 7 billion people say ‘I can’t make a difference’. Given the technology we have to connect to each other, we have a lot of power at our fingertips if we just drop this fear of not having any control. In some ways the election results were positive because now people are forced to acknowledge the situation. The main thing is to inspire people to get involved, to make differences on a local level, to be kind.

What gives you hope?
Artists responding to the dire political situation in a really exciting way. I’ve been waiting for a long time to see that happening. People putting on warehouse parties because the venues are closing down, people starting channels because there’s no music TV, people creating their own platforms, they’ll always find new ways when they’re forced into a corner.

What’s best thing about being young in 2015?
We’re in a situation we’ve never been in before, we don’t know where it’s going and we have to take the future into our own hands, we all have to play a part. 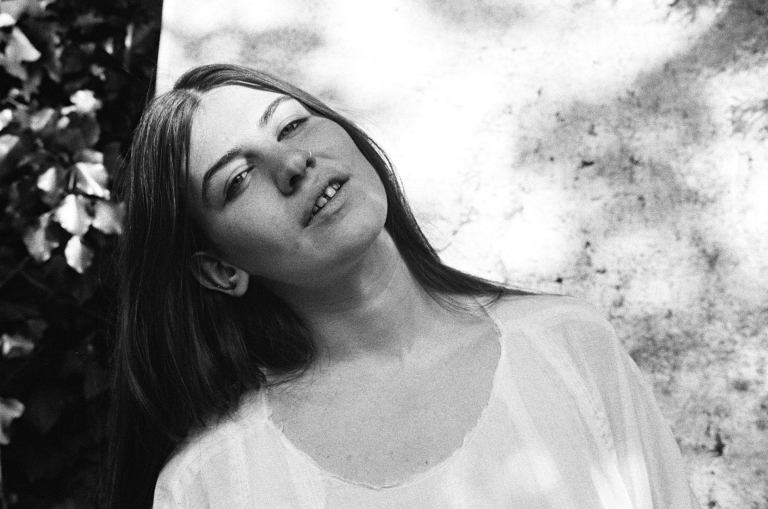 Why do you want to move to Berlin?
In London housing is super expensive. If you want to do something creative you need an environment you can flourish in without having the constraints of having to work all the time to pay your rent. But also the fact that you feel there’s something going on in Berlin, that it’s fun, that you can do what you want. It’s kind of a bit like a playground, people from Berlin probably don’t like that I see it as that.

Anything you’ll miss about London?
Speaking English, I can’t speak German. And people. And I love London, and the way it works around the river, the skyline makes me feel at home. I was born in London.

Can we change anything about the situation we’re in, or is it better to just run away?
With the outcome of this election, at first I felt really depressed by it, and lots of people were upset, but what I’ve noticed is people coming together and maybe starting to realise that the only way to do anything is if they unite. It feels oppressive in London, but you can make changes with art. That’s why I’m making a magazine, called ‘Hate’, which is about good things people do coming from a negative place, how you can turn something you hate around and make something good, and funny and creative.

What gives you hope?
Doing creative things, being around people I love. And my magazine I’ve started with my friend Scarlett, and once I’ve printed the first issue I can move to Berlin which is a good place if you want to develop creative ideas and can be stern with yourself and not party all the time.

What’s the best thing about being young in 2015?
Sometimes I forget how young I am. Age is a weird thing, you mark life events by age, I should have done this by the time I’m that age… You shouldn’t get stuck in that.